Nothing much has happened on site for a number of reasons, but it allows me a chance to catch up with the pace. Who would have thought there would be so much detail in a fireplace? And how does one address skirting around it? Garage doors–they need to know the size of the frame now so they can build the brickwork around it. There’s enough going on in life outside the build what with the family business busier than ever, me starting in it (again!), the usual end of school shenanigans, Pokemon Go taking over the world and Britain voting out of it, horrible weather, and keeping up with invoices, that actually this hiatus might be a godsend. Hopefully we’ll see more activity next week.

In the mean time, I’ve been playing around with a new app. 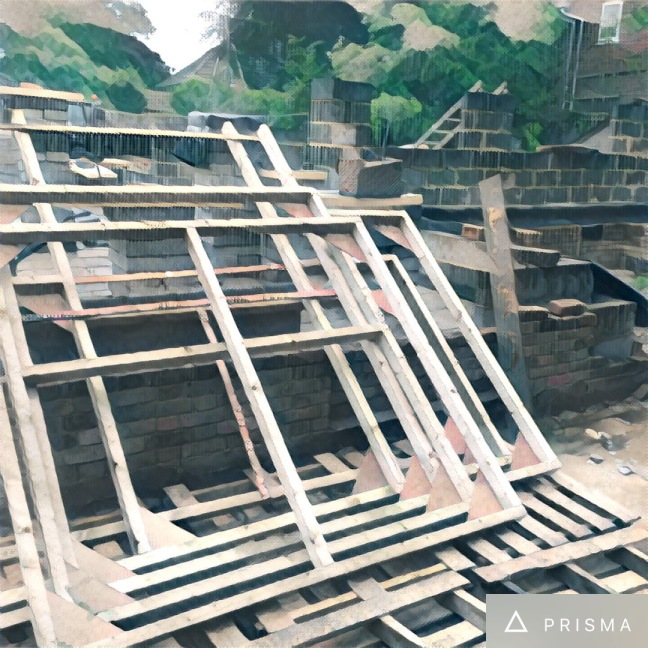 Enough of that silliness.

Ben brought his drone around in the afternoon to take a few snaps.

It’s been raining and the brick gang have been doing other things elsewhere. The dummy window frames have arrived along with some concrete lintels and a load more insulation. Nic will measure all the frames to make sure they match the windows exactly. The bricks will be laid around them.

The foundations for the front porch were poured yesterday. These are only 1.5 metres deep, and that’s it for concrete foundations! Whoop whoop!

It’s great to see the window frames evident in the interior blockwork. Hopefully we’ll get up to first floor this week?? Maybe next week in reality….