We say goodbye to Nic and Justin and thank them very much for everything they’ve done for us. They’re great guys, keeping the build rolling along all together despite significant challenges that would flummox any mere mortal, and they still manage to make us laugh. Best of luck in the future, guys. 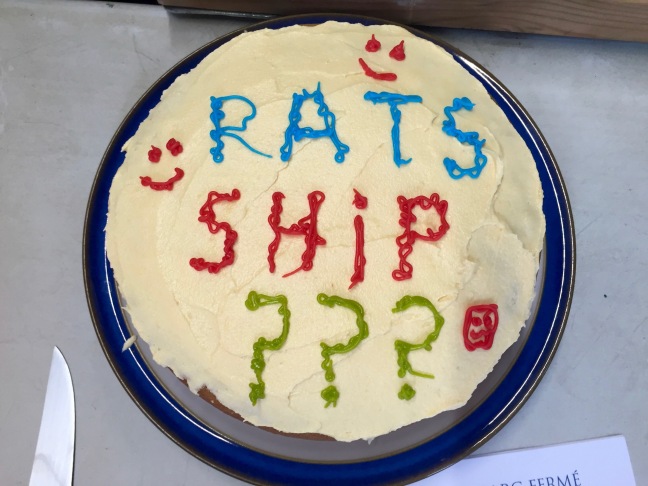 Welcome aboard Tim and James!

We created a test panel of roof tiles to see if a mix might be better. Generally, the panel of vertical hanging tiles is lighter than the ones on the roof on most houses, and we’ll choose these if the price is right. At the moment, we’ve got to come up with a decent percentage blend so Tim can go and have it priced.

Up until now, we’ve been trying to fit an AV system in the living room which is perfectly  normal you might think, but the challenge is to wedge it in above a fireplace. We’ve stalled out over the past few weeks in trying to get advice about combustable materials and convection venting grills, and as a result we’ve kept the team from building the far wall with the chimney. We’ve now made enough decisions to let the guys crack on with the wall. But the final design is still up for grabs!

It’s awesome to see scaffolding up and steels in. The first floor planks are due to arrive in the second week of September with any luck.

Apologies for losing a few weeks in here.

The view out the family room will take some TLC…. It’s not exactly jaw-dropping at the moment and probably not good enough to prompt the kids to avert their eyes away from the TV. The garage makes a super tea-hut/meeting room, but it makes an awful window.

The oak frame is busy getting built in deepest Sussex and will go up at the end of September. In the meantime, the guys have finished all they can do on the porch.

I’ve learned a LOT about chimneys, flues, regulations and what’s on the market. We’re aiming for a cassette woodburning fire. This requires a 150 cm flue and a Class I chimney. A traditional open fire would require a 9″ flue and a much larger chimney. Given how close we are to the fence, it’s obvious that we’ve had to limit our choices in this area.

Paul brought a sample of the oak subframes for the bronze windows to the last meeting. It’s enormous.