Mid-November means two family birthdays back to back. Happy birthdays to oldest and youngest.

A slow week onsite, but much activity with choosing fittings offsite. The roofers had no end of trouble from the wrong stuff arriving to fix to the roof, to a blowout on the A3 coming up from Portsmouth, the combination of which means they didn’t really get stuck in. The lid should be on by next week.

Terry, James and Josh used Dave’s spec to build out the valley section in the front adjacent to the structural oak frame. It will be covered in some sort of lovely new flat roof material and edged in lead. Should look like lead from the ground, but it won’t shrink and it will be all modern and, er, lovely.
We found a lovely chap in Betchworth to restore the lantern out the front of the house. Most of these specialist blacksmiths seem to be based in Selkirk or Edinburgh, so it was quite a moment to find someone who will do the work within a 30 minute drive. The lantern is an original copper piece, and my temptation is to get it all shiny again. But I think Nature might have other plans, because I’m told that in 6 months time, it will look as tarnished as it does now. Maybe with a bit of lacquer to ward off the elements?

With the extra time gained from lack of roofers, James and Josh brought the lamp down without getting electrocuted. The blacksmith is going to take the frog (the struts holding it up) off the lamp, get it sandblasted, and finally fix some pipework for the electrical cables. Rewiring will replace the current arrangement which is to run flex from the house underground, up the cast iron pole, through the hole at the top, past the nest of blue tits, and continue through the lantern from bottom and hang a lightbulb from the inner reflective plate.  A little investigating how to keep copper looking all coppery is in order.


Another totally unrelated copper thing but completely cool is the West Ford Ring which circles the earth making it look a bit like Saturn. It was intended as a large Cold War era radio satellite when it was launched in 1963 to protect the America’s long-range communications from the scary Russians, and clumps of it are still floating around in low earth orbit. I’ll bet THEY’RE all nice and shiny without any nasty oxygen to fugly them up.  So here’s a physics question… why is copper a good material for this idea? 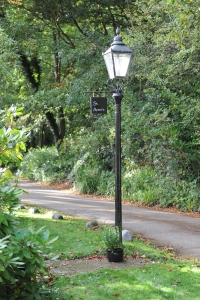 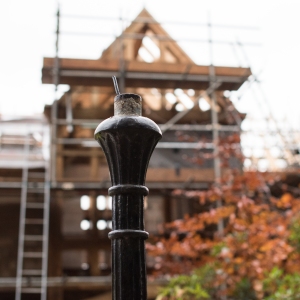 Wistful moment: it used to look atmospheric, being the only light on our little section of road! Hopefully with a little TLC, it will be restored to its former awesome state. It’s not exactly an urgent issue, tackling this bit, but it’s one of those things that will make it really nice to come back to.

With the roofers having their troubles, the guys onsite had a thorough cleanup. It’s looking more and more like a House and perhaps less of a Site. 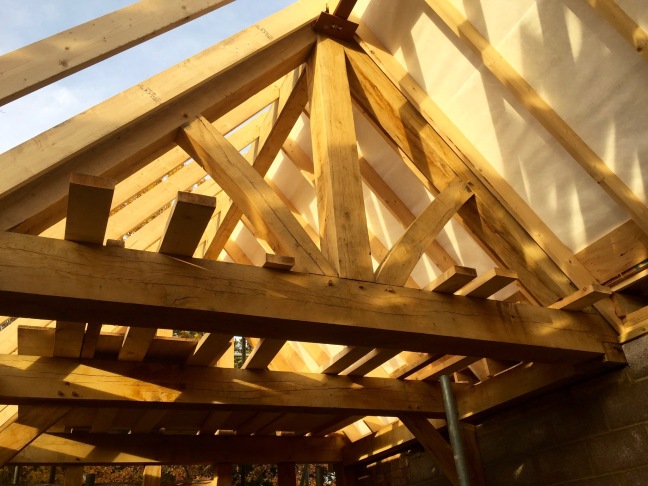 With roofers changing the order of proceedings, we’ve left the time-lapse camera in situ, so your fix of the day-by-day will have to wait until next week!